Most everyone in the automotive enthusiast world is aware of the work performed by Classic Recreations and SpeedKore Performance Group. The former builds officially licensed recreations of classic Ford and Shelby vehicles, while latter has developed a reputation for building wicked fast carbon fiber-bodied vehicles, mostly of the Mopar persuasion. But now, the two are teaming up to build the world’s first carbon fiber-bodied classic Mustang that CR calls the Shelby GT500CR. 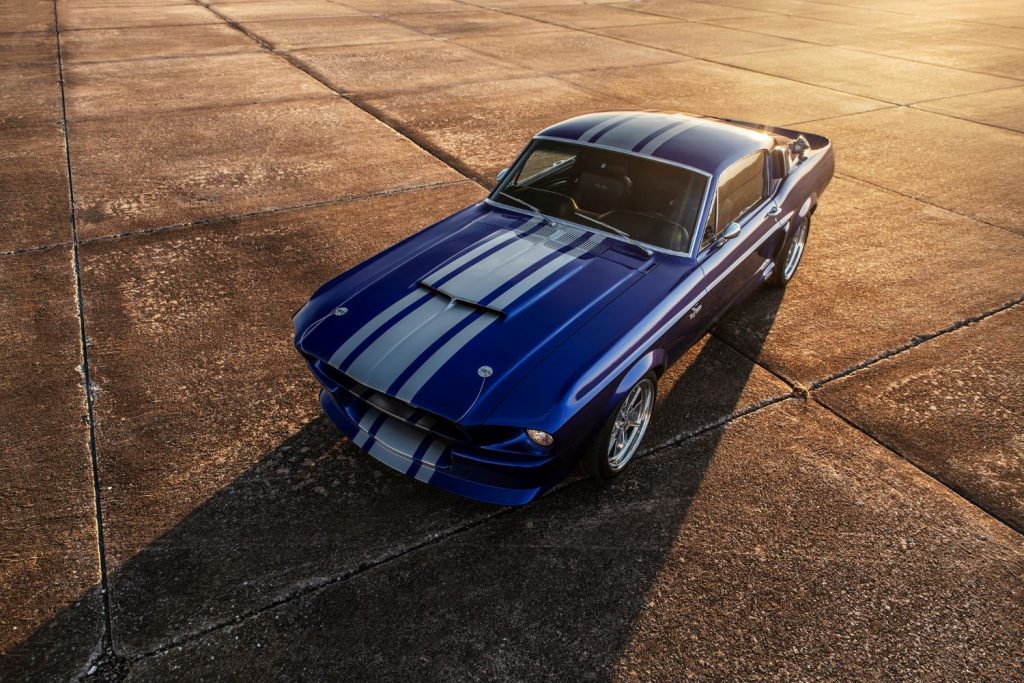 Steel-Bodied Shelby GT500CR
The carbon Shelby GT500CR begins life as a donated tub from an original 1967 or 1968 Mustang, which is then restored and fitted with brand new carbon fiber body panels. SpeedKore designed the new pieces by completing a blue light scan of an existing Shelby GT500CR body, then used that to create a 3D digital model.
From there, a five-axis CNC machine is used to cut the molds, and the plugs and panels are pulled using aerospace-grade prepreg carbon fiber. Finally, the molded carbon fiber body panels are cured using a rather large in-house autoclave. 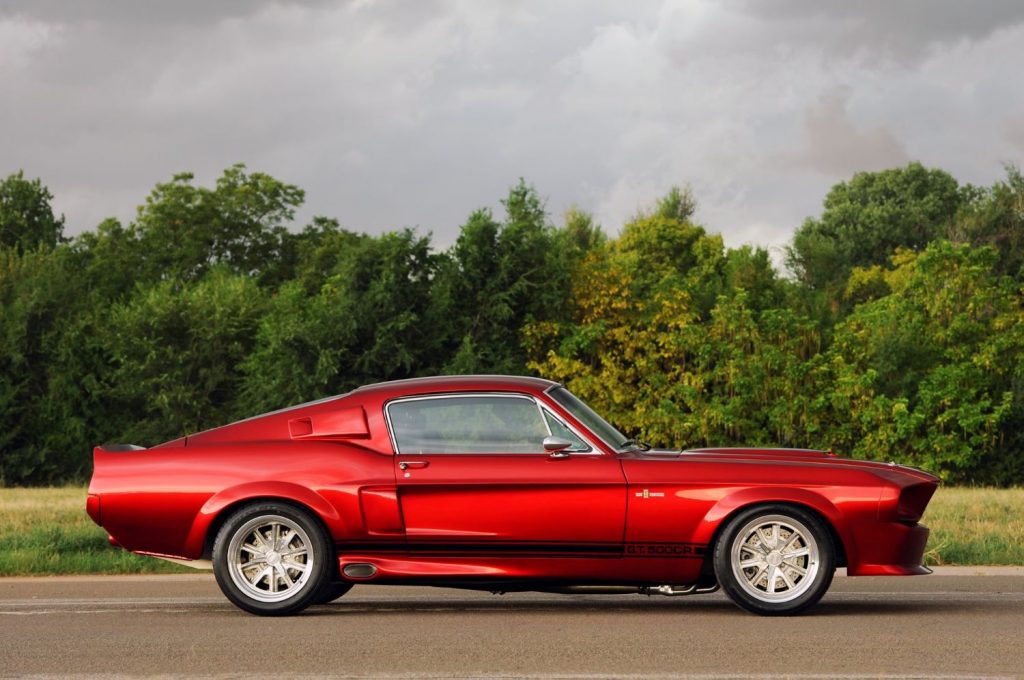 Steel-Bodied Shelby GT500CR
The resulting carbon Shelby GT500CR is both stronger and lighter than a steel-bodied version, and the panels are said to be of hypercar quality. It’s a believable claim, considering the type of work that SpeedKore has churned out in the past.
Aside from its special body parts, the Shelby GT500CR is pretty much open to its owner’s specifications after that. Engine options range from a new Ford Performance Gen 3 5.0L Coyote crate motor to a hand-built, 427 cubic-inch ProCharged beast pumping out 900 horsepower. 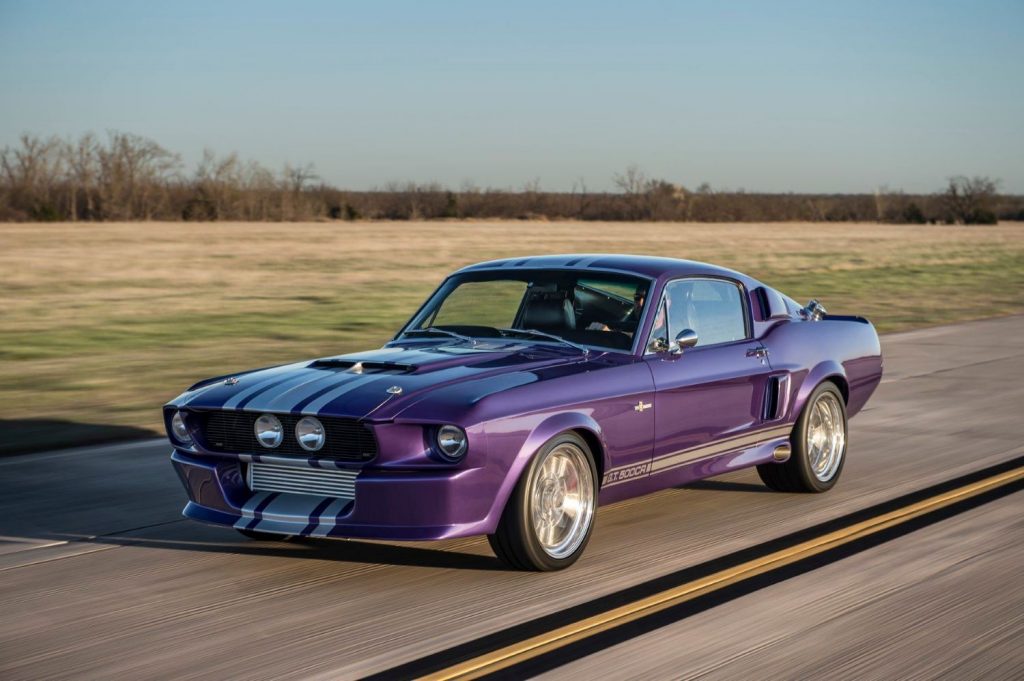 Steel-Bodied Shelby GT500CR
Regardless of engine choice, the GT500CR’s transmission is a Tremec five-speed, and pleasing engine noises are provide by a stainless-steel MagnaFlow exhaust. The new/old Shelby also drives like a new car thanks to rack-and-pinion steering, Wilwood disc brakes, a coilover suspension, and larger sway bars.
Sponsored Links

Those who want something even more extreme can step up to the Pro Touring Track Package, which includes mini tubs out back for bigger wheels and tires, along with a Detroit Speed Engineering suspension, six-piston brake calipers, and an optional automatic transmission upgrade. 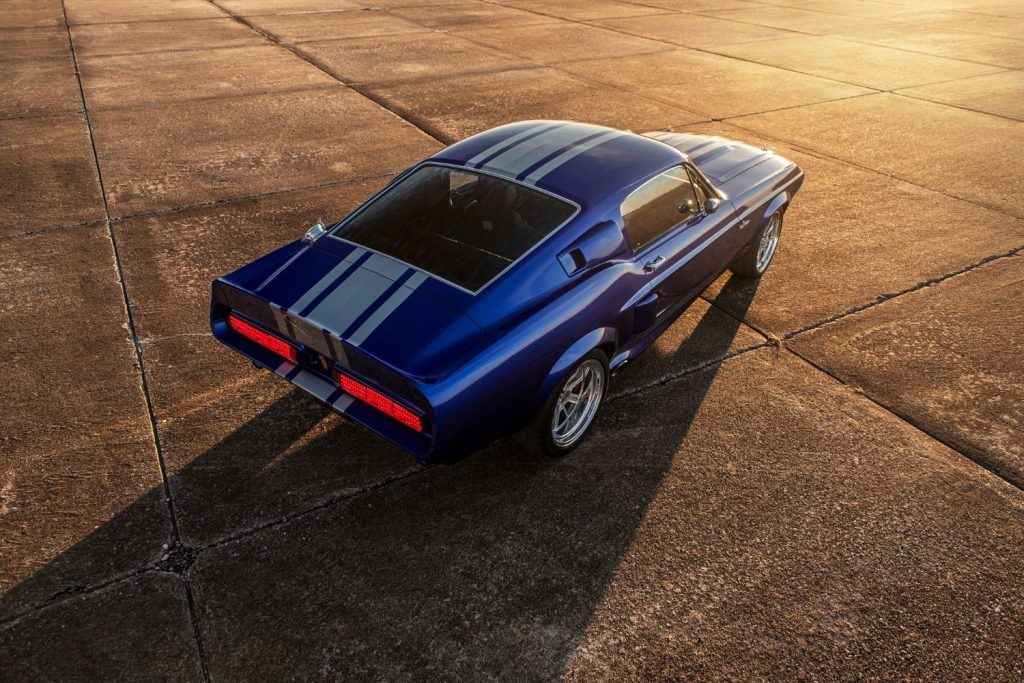 Steel-Bodied Shelby GT500CR
As if all of this wasn’t awesome enough, Classic Recreations and SpeedKore are also teaming up to build a carbon fiber-bodied Cobra in the near future. Iconic styling with lightweight bodies and modern underpinnings? Yes, please.
1 - 1 of 1 Posts
Join the discussion
Continue with Facebook
Continue with Google
or sign up with email
About this Discussion
0 Replies
1 Participant
Last post:
R.S.LOGAN 2 mo ago
Ford Forums
Ford Forum is a community to discuss all things Ford. Check out our discussions on the Ford Escape, Mustang, Edge, F-150, Raptor, Explorer, Focus, Fusion, Fiesta and more!
Full Forum Listing
Explore Our Forums
The Pub Australian Falcons General Tech Cleveland Tech FPV & Tickford Forum
Popular Communities