Each year, the SEMA Show is packed with some of the wildest modified vehicles on the planet. The purpose of the event is to show off the latest and greatest of what the aftermarket has to offer, so it’s no surprise that this veteran SEMA Mustang has its own laundry list of mods to tout. 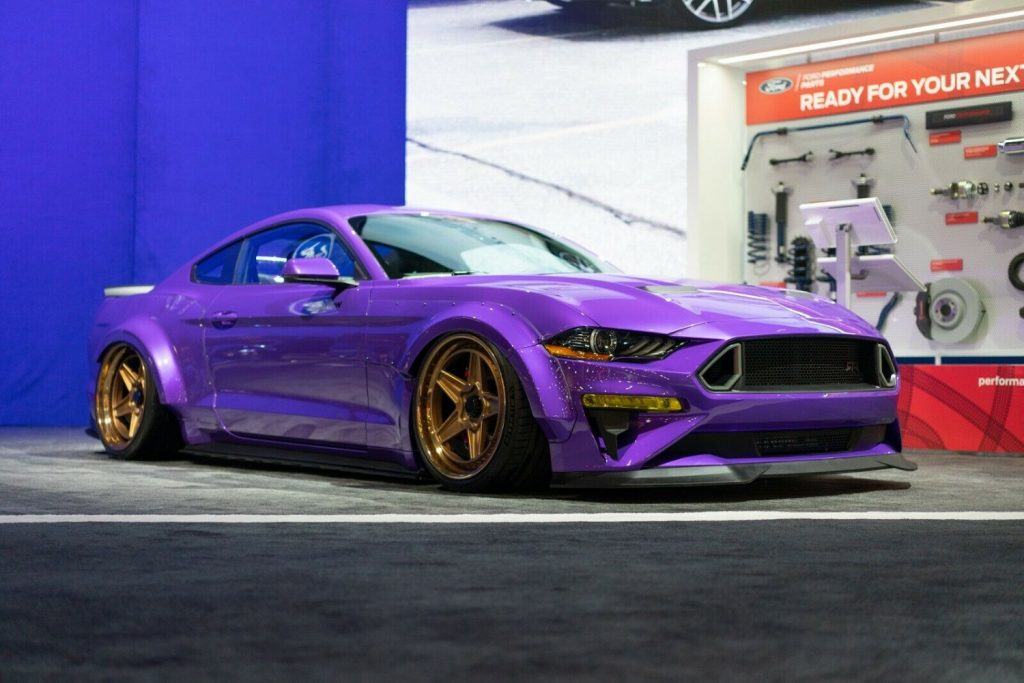 The extremely unique 2019 model year Mustang was built for Tjin Edition for the 2018 SEMA Show, and joined four other pony cars in Ford’s booth in Las Vegas that year. Needless to say, it’s been dressed to the nines like most SEMA display cars, including its eye-popping BASF Majestic Purple paint that was lifted from Lamborghini’s stable of hues.
Sponsored Links 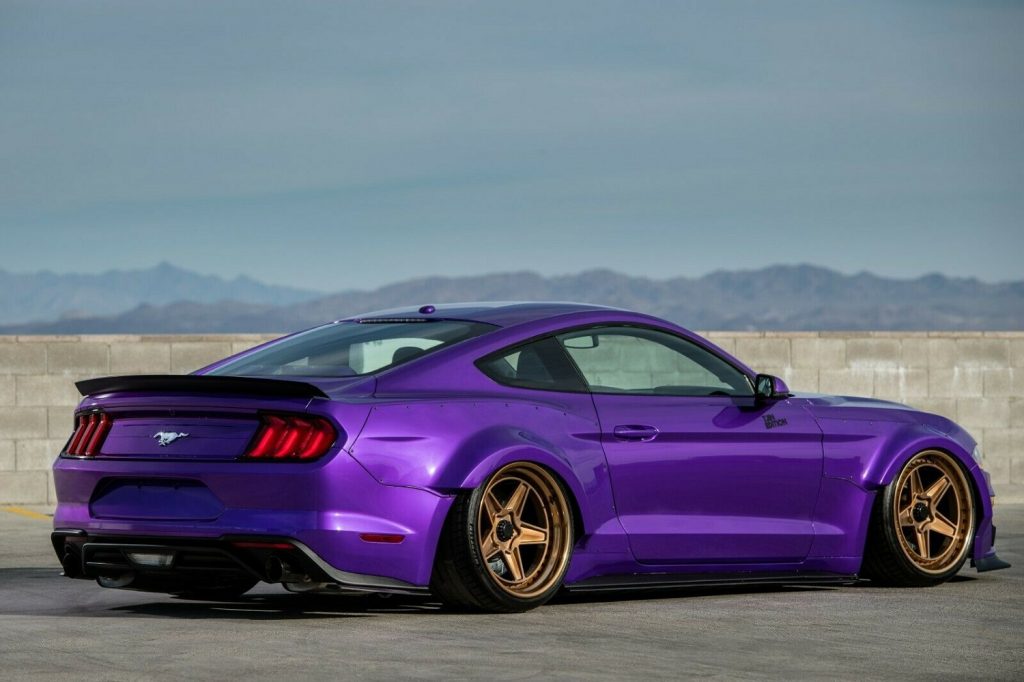 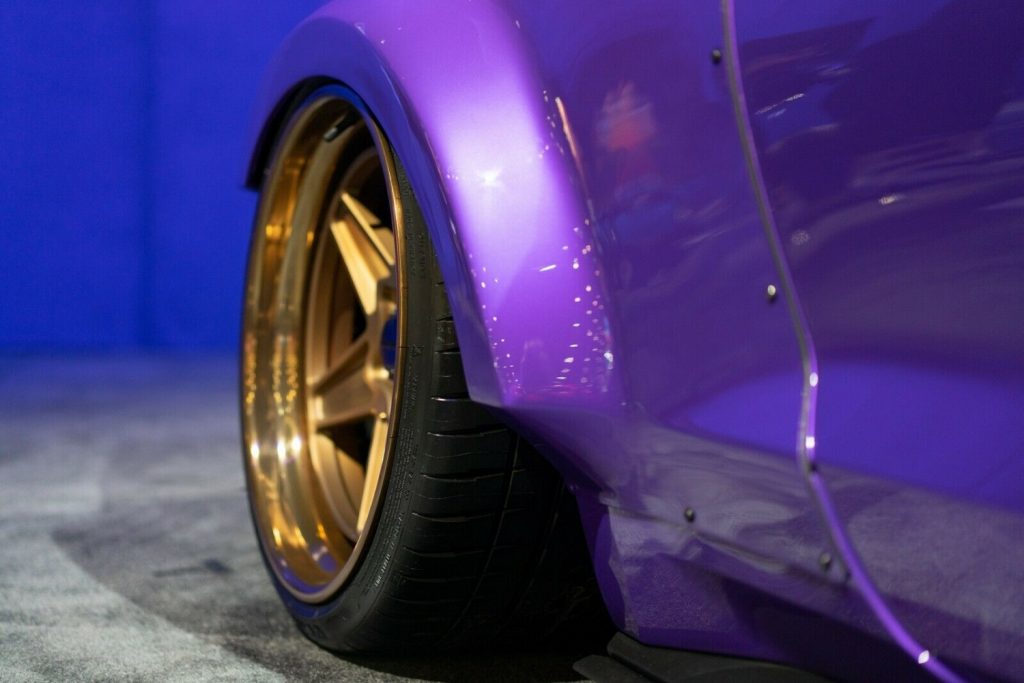 To complement that look, Forgeline came up with a one-off 20 inch wheel for the car featuring a two-tone bronze finish with black hardware. To ensure that the Mustang’s wide fenders cover those wheels, an air lift suspension was installed, so the car can sit on the ground for shows and still be reasonable to drive on actual roads. 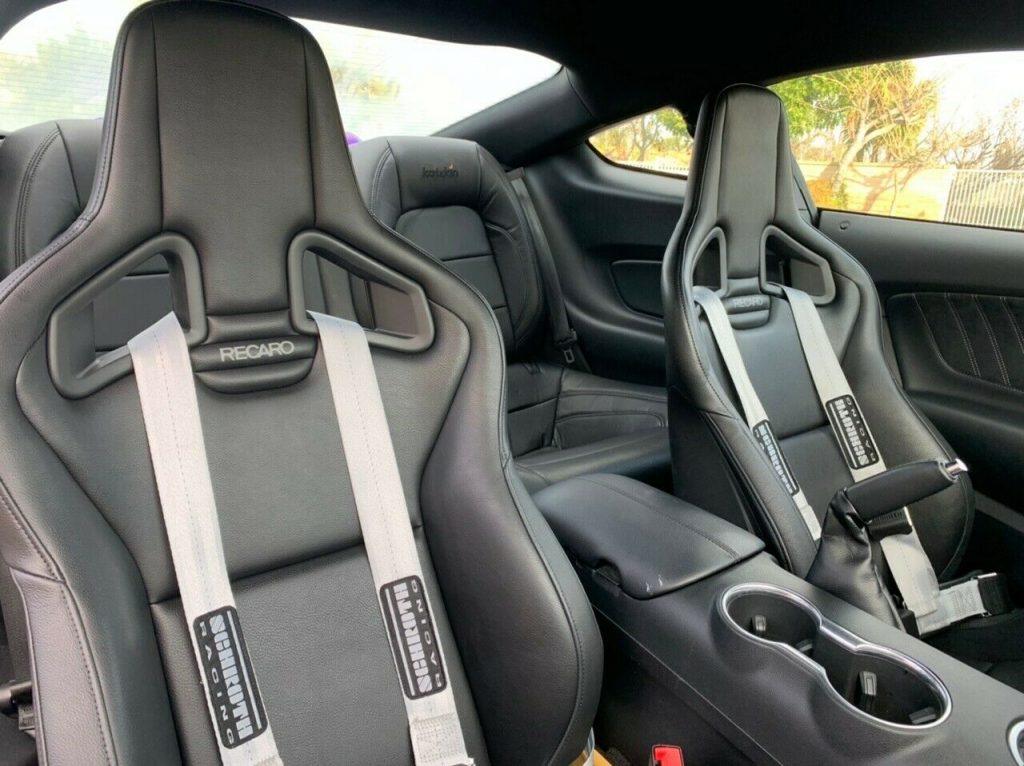 Stopping this SEMA Mustang shouldn’t be a problem either, as it’s equipped with massive rotors and Baer Grizzly 6 piston calipers painted candy raspberry for contrast. The interior isn’t quite as wild, but has been recovered in Katzkin leather, with Recaro seats up front and a new Kicker stereo system to belt out the jams.
Sponsored Links 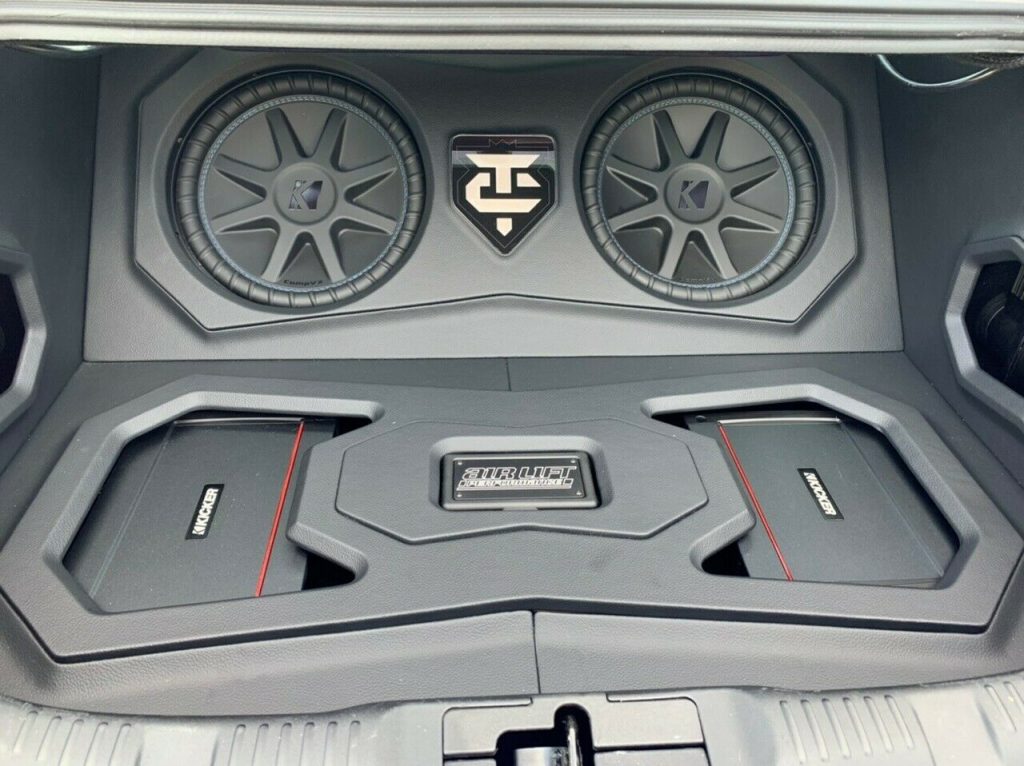 This Mustang is no GT, which means it’s packing Ford’s 2.3L EcoBoost I4 under the hood. In this case, it has received a few go-fast goodies including a BorgWarner turbo upgrade, Full Race manifold and intercooler, Ford Performance exhaust, and a custom tune. 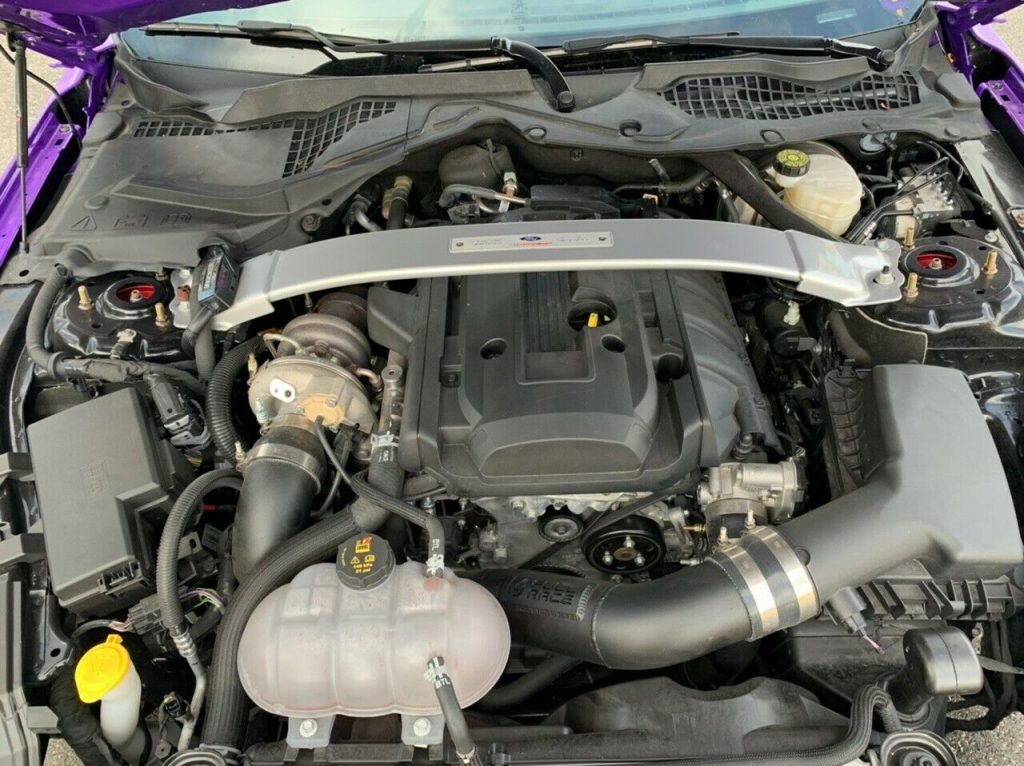 SEMA rides may not be everyone’s cup of tea, but this particular Mustang clearly has a ton of money wrapped up in it. And we imagine that there’s at least one person out there in the world who would love to cruise around in a full-blown, custom Ford Mustang with a rather impressive pedigree. 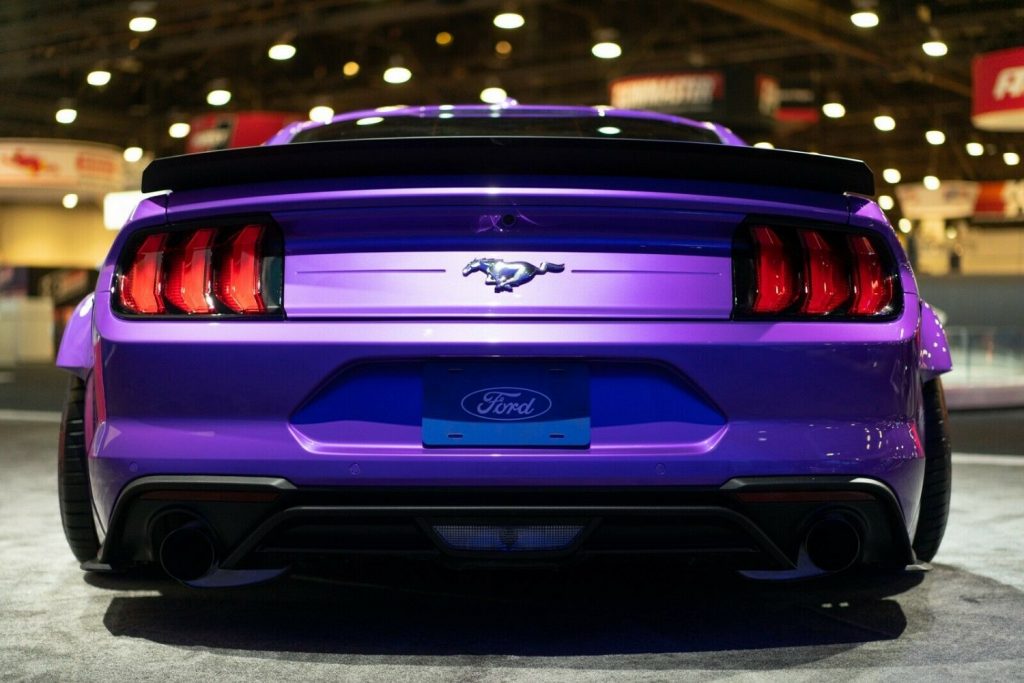