Joined Nov 4, 2013
·
13 Posts
I inherited this 1979 4door Fairmont sedan from a relative that passed away a few years ago and while it may not be a classic or as traditional as a mustang, t-bird etc. The body was in good condition and as straight as an arrow despite the passage of time so I want to put my own modern twist on it with a few modern mods and fresh coat of paint and this is what I've got so far.

I had to get a new transmission after the stock one got royally screwed and in the process of being rebuilt, the original bell housing and torque converter were stolen so I went ahead and got a TCI Superstreet C4 automatic transmission rated up to 825HP so it could be used with the stock motor in the interim until such time I can afford a V8 upgrade in the future. (IN JAMAICA WE PAY 87% DUTY ON IMPORTED MOTORS, SO GETTING IT INTO THE COUNTRY IS A MOTHER OF A FINANCIAL BURDEN AND THERE AREN'T MUCH RESOURCES FOR V8S OR PEOPLE FAMILIAR WITH THE STOCK I6)

The standard "small" bell housing for the C4 was too big to be bolted with the stock motor which I found out later was a stock bastard bellhousing to begin with and it was a royal run around for a month or two to get the correct one and corresponding torque converter.
C


The car was with an initial painter who had flared the front and rear wheel arches and done some prelim body work but had it sitting in the open exposed to the elements to the point where it began to rust so I took it to a different painter.

Joined Nov 4, 2013
·
13 Posts
For the past YEAR much to my own frustration after being promised last year November of 2012 that it would be ready in April 2013...the car is still not painted and has almost pushed me to go postal on the painter. Here is how it currently sits awaiting the base:


He coated it in hardener and saw a few imperfections so he's currently going back over some of the body spots and I'm being told that by the time I get back from Miami in the next two weeks, it will be ready...so fingers crossed for that.

I'm redoing the interior from that nauseating wine red stain to black, so the seats and interior has been gutted and the roof liner, carpet and seats are currently being redone in leatherette.
C

Ultimately want a built 408 motor but until then I'm willing to work with any modern ford motor which can be used with the existing C4 tranny. Was recommended by a user on the forum to try one of the 5L late model crown vics, mustangs, f150 etc from a junk yard so I'm gonna try and get one for less than 1500 with wire harness, power steering and all from a junkyard in Miami.

WOULD LOVE the COYOTE, but that would be more suited for a classic coupe like a stang or even in a kickass cosworth :evilhehe:

Joined May 27, 2012
·
7,993 Posts
Coyote also has humongous heads, you'd be cutting and chopping to get it in.
► Show Full Signature
Ever notice that there's so many high performance parts available for GM products?

Joined Nov 4, 2013
·
13 Posts
Much overdue update....FINALLY it's painted and the interior is in and she looks like a beaut whether rolling slow around town or parked in the sun....but now the lack of power is the next hurdle.


I want it to be the ultimate sleeper and daily driver while retaining the usual comforts of power steering, ac etc with fuel injection for decent gas mileage around town. And I want that for less than 2grand because that goes hand in hand with bigger brakes and I'd also like to make the switch to an 8.8 rear axle.

All wishful thinking but it's a matter of filtering through the 5.0 HO "deals" on ebay and resting easy knowing its in good enough condition to do some minor modifications, pop that sucker in and just go.

Joined Nov 4, 2013
·
13 Posts
It's been a while and alot has happened with the car...which some of you might be disaapointed with but it's still a Ford at heart...just with a Japanese heart.

I decided to go with a 1.5JZgte swap instead of my initial plans for a V8 mostly due to the availability of parts for these Toyota engines locally. The 1.5JZGTE is a 2jzgte block with a modified 1JZGTE head....here are the mods to date:

Plan to upgrade the torque converter once we determine what rpm the power band comes in with this massive turbo. A modest start to what promises to be a one of a kind build
C

What models and years of mustangs came with an 8.8 which is a direct bolt up to my '79 Fairmont without any modifications?

I had a bastard teeny tiny 6.something differential and not the 7.5 which was a shocking discovery when I went to install my 3.73 Yukon Duragrip LSD kit because I thought the car only came with either the 7.5 or 8.8 and I know it wasn't an 8.8 for sure...BUT rather than trying to source a 7.5 I'm going to try and sell it and upgrade to the 8.8 with all the bells and whistles. I think the 86-93 Mustangs share the same 8.8 rear ends but can anyone confirm that?
The plan is to buy an 86-93 8.8 housing on eBay 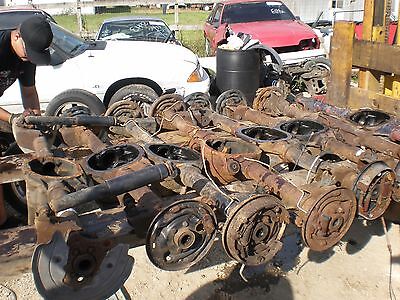 and rebuild it with this kit from LMR 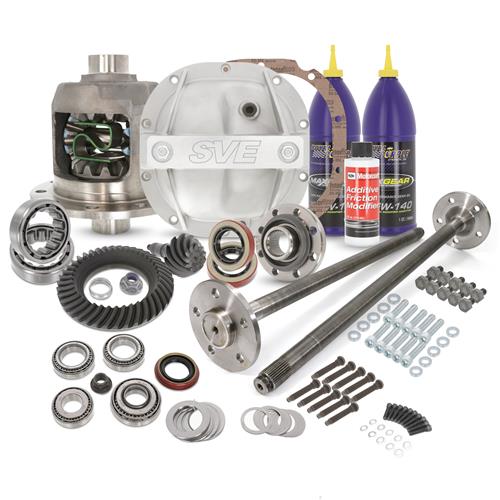 Are there any additional parts I would need to fit to the housing?

LMR have a note about brake fitment being ONLY for Turbo coupe brakes with an adapter or drum brakes...I like the Baer SS4 5lug brake kit with the 12" rotors

www.cjponyparts.com
but I'm not sure if they'll work on this version of 8.8, might give Baer a call about that but for now, I just wanted to confirm I'm heading in the right direction with these parts to make it a painless swap.
C