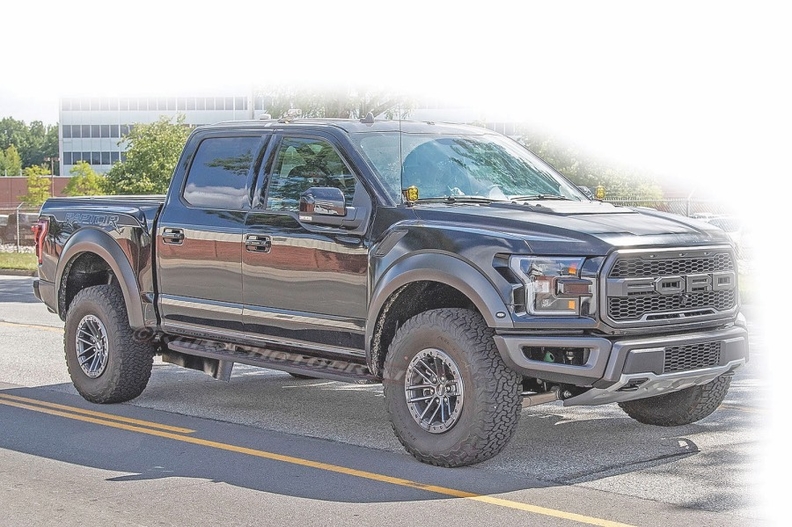 KGP PHOTOGRAPHY PHOTOS
Ford F-150 Raptor spy photos show what appears to be a coil spring rear suspension, above, on a test truck, below, which replaces the leaf spring setup shown on the current Raptor, right.

Leaf spring suspension, a technology that dates to around the 1750s, began appearing in England on horse-drawn carriages. The technology has evolved, and many vehicles still use versions of leaf springs made with lightweight components that are more flexible than steel.
Ford incorporating technology first used by another manufacturer into the F-150 would be rare.
But the automaker has noticed the sales surge that has catapulted Ram into second place behind the F series and has been targeting Ram in ads.
Toyota, Nissan, Chevrolet and GMC all use leaf springs under the rear of their full-size pickups.
► Show Full Signature
Never, never, never give up.
B

Joined Jul 30, 2011
·
1,326 Posts
I have never placed a smoother ride high on my list of priorities when looking for a new truck, but I suppose that smoother is better, maybe. It seems that manufacturers place too much value on magazine tests. Ram uses them now and Chevy tried coils many years ago, but went back to leaf springs. I don't know why, but I really don't expect my truck to ride as smooth as my car.

Joined May 27, 2012
·
8,280 Posts
My company just set my ass in a new '19 F150. It does not drive like a truck at all, it drives like a big heavy car... with decent acceleration. I threw it in sport mode and it did indeed perform a lot better... and drank gas quickly. Time will tell.
► Show Full Signature
Ever notice that there's so many high performance parts available for GM products?