Joined Jul 30, 2011
·
1,211 Posts
They were stock on the TR 6 Scrambler. Perhaps a US model only? We Americans appreciate you also! British motorcycles are still at the top of my list.


1960 TRIUMPH TR6 TROPHY – THE ICONIC DESERT SLED
The Triumph TR6 Trophy is perhaps better known by its legendary nickname – “The Desert Sled”. It’s not known who coined the term, but it stuck like glue, and it’s followed the intrepid Triumph off-road racer for decades.

Even if you don’t immediately recognize the model, you’ve seen it before if you’ve seen the movie “The Great Escape” featuring Steve McQueen and a slew of other Hollywood icons. McQueen was a highly capable motorcycle racer in his own right, he even funded his acting classes with winnings from his motorcycle racing earlier in his career.

The famous scene in the film where he attempts to jump a stolen German motorcycle over the barbed wire border fence was actually a little misleading, as he wasn’t riding a German motorcycle at all – rather it was a Triumph TR6 Trophy that had been repainted to look as much like a German military bike as possible. Steve was very familiar with the model and he specifically requested one for the scene, sadly the film’s insurers wouldn’t let him do the jump himself, and instead had his friend and racing partner Bud Ekins do it. 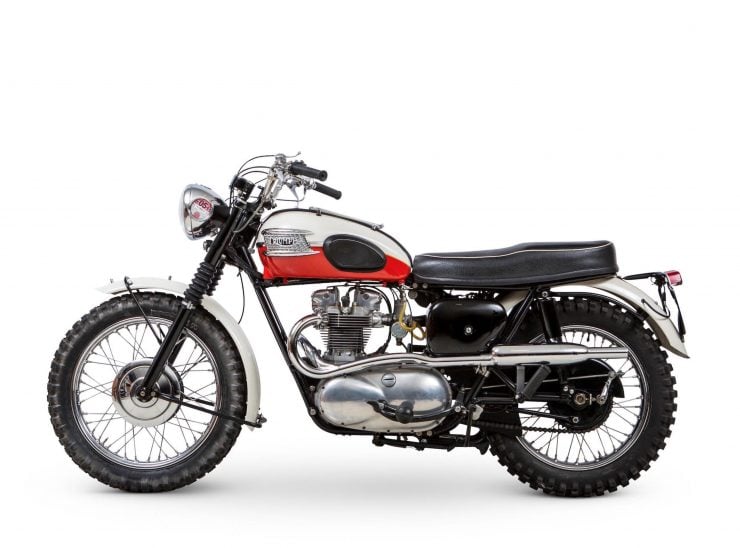 THE TRIUMPH TR6 TROPHY
The Triumph TR6 Trophy first appeared in 1956, its genesis is equally attributable to the already famous Triumph TR5 Trophy and the then-new Triumph Thunderbird with its 650cc parallel twin engine – a large engine capacity for the era.

The Triumph TR5 Trophy was released in 1949 as a trials and off-road motorcycle that was also road capable, it proved both successful and popular, winning almost all the major off-road racing events of the time. James Dean owned one, as did Fonzie from Happy Days, and pre-production versions of the model won the 1948 Italian International Six Day Trial with three gold medals and the manufacturers team trophy.

The Triumph TR6 Trophy was designed specifically to follow in the off-road tradition of its forebear, though now with a larger and more powerful engine from the Thunderbird. The first examples were called the TR6 Trophy-bird to reference the names of both models.

The new TR6 used the “Delta” alloy cylinder head with a cast iron barrel, it had an 8.5:1 compression ratio and was capable of 42 bhp. The headlight was designed to be easily removable for off-road competition, and most riders would fit knobby tires, thicker seats (suspension travel wasn’t ideal), and open exhaust pipes.

Over the course of its competition life riders would pilot examples of the TR6 Trophy to wins in the Barstow to Vegas 150-mile desert race, the Big Bear Run, the Hi-Mountain 200-mile Enduro, the ISDT, the Catalina Grand Prix, the AMA Cross Country Championship, the World Championship Hare and Hound, and the AMA National Hare & Hound Championship – to name just a few. 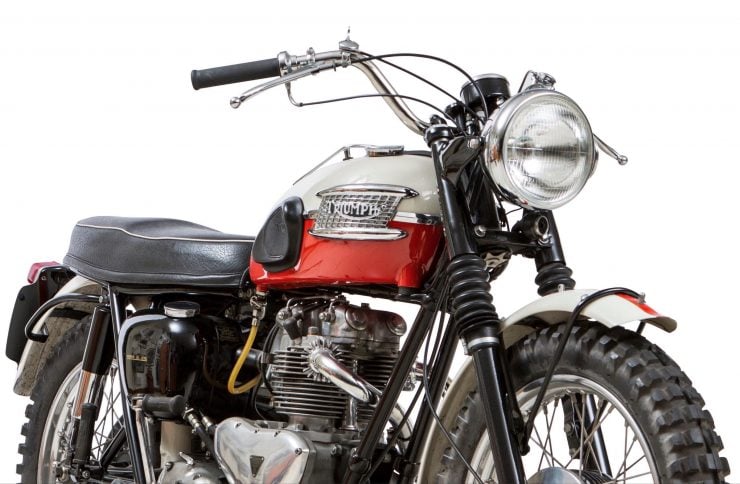 The eventual arrival of the Husqvarna two-strokes would spell the end of the line for the TR6 Trophy, but today they’re amongst the most highly sought after of vintage off-road motorcycles, and their reputation is second to none.

THE 1960 TRIUMPH TR6 TROPHY SHOWN HERE
The TR6 Trophy you see here is a presented in excellent period-correct condition, and appears to be ready to take part in the Catalina Grand Prix with minimal preparation.

It was supplied new to Comerfords of Thames Ditton and it was one of the first with the uncommon duplex frame, these were only manufactured for two years, making this bike desirable in the eyes of collectors. 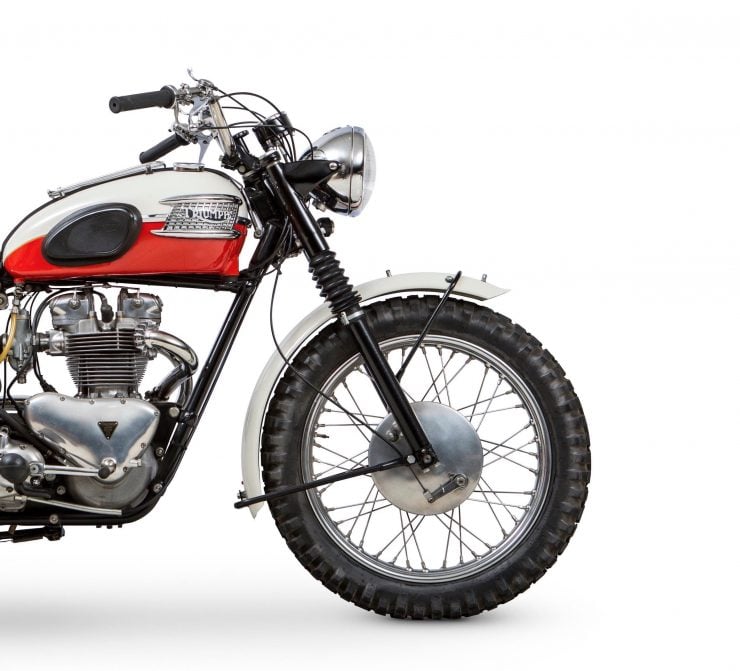 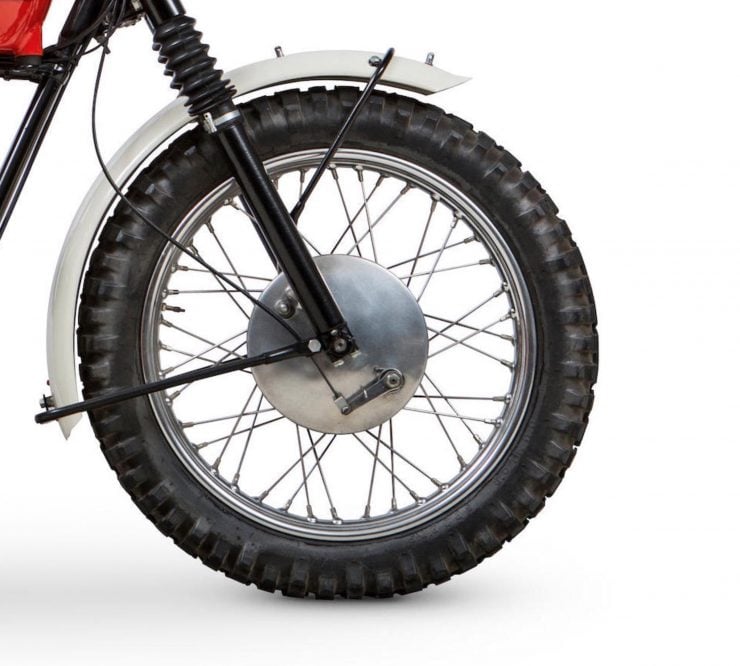 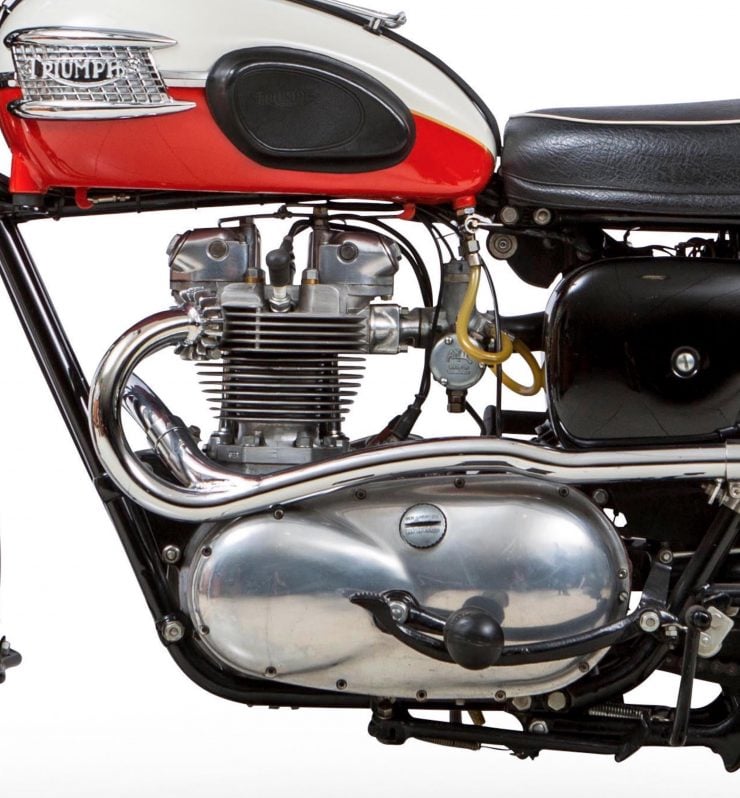 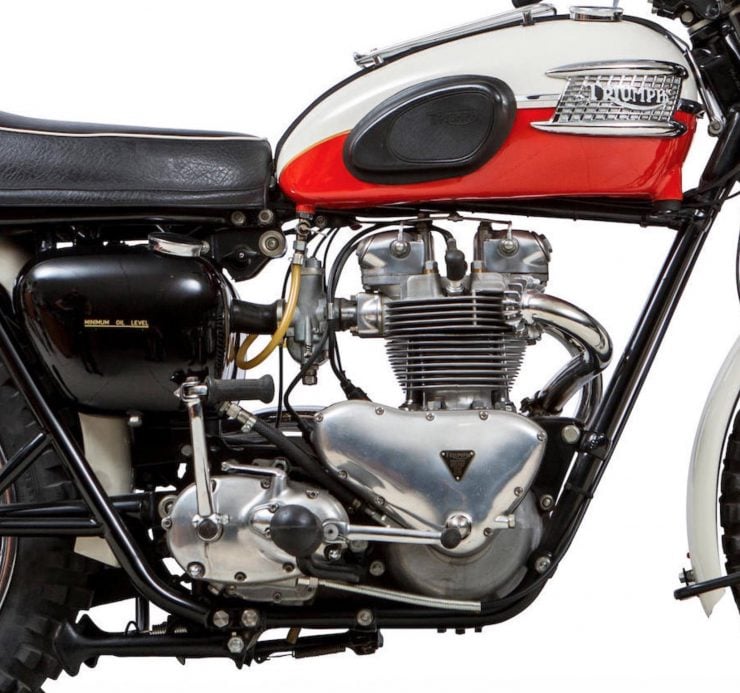 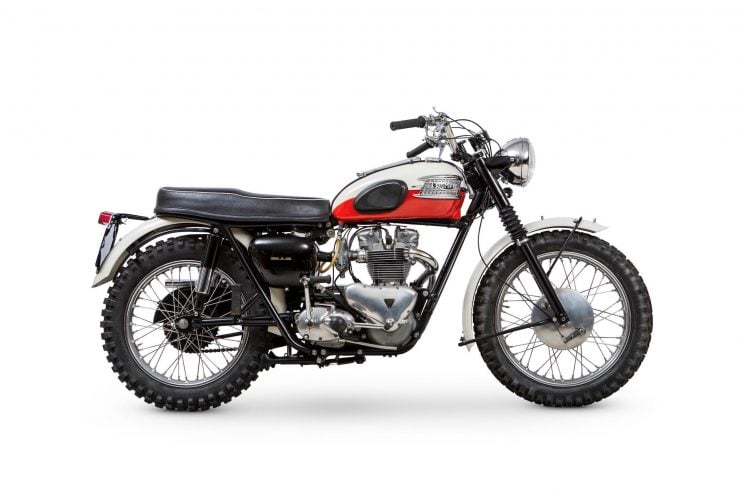 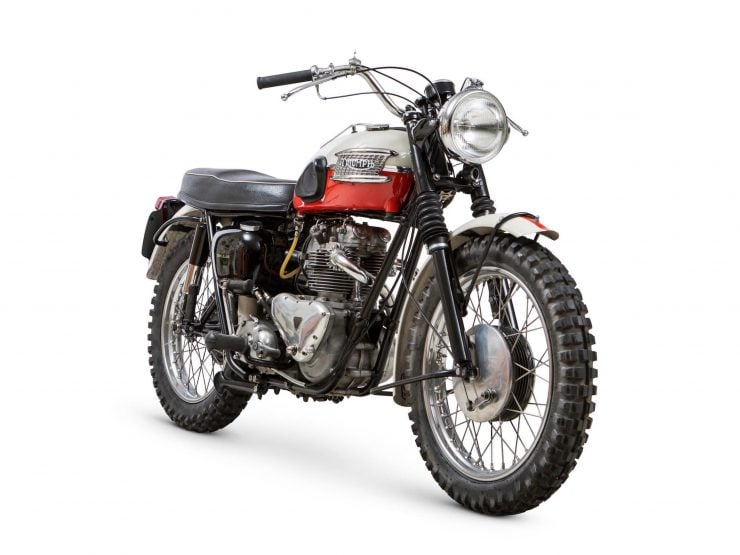 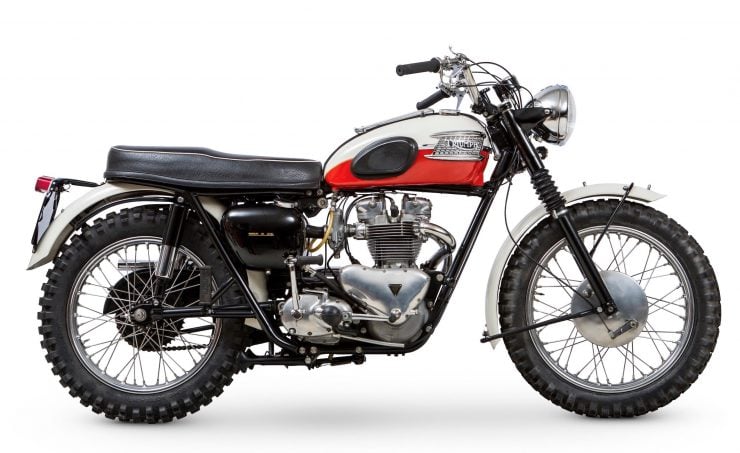 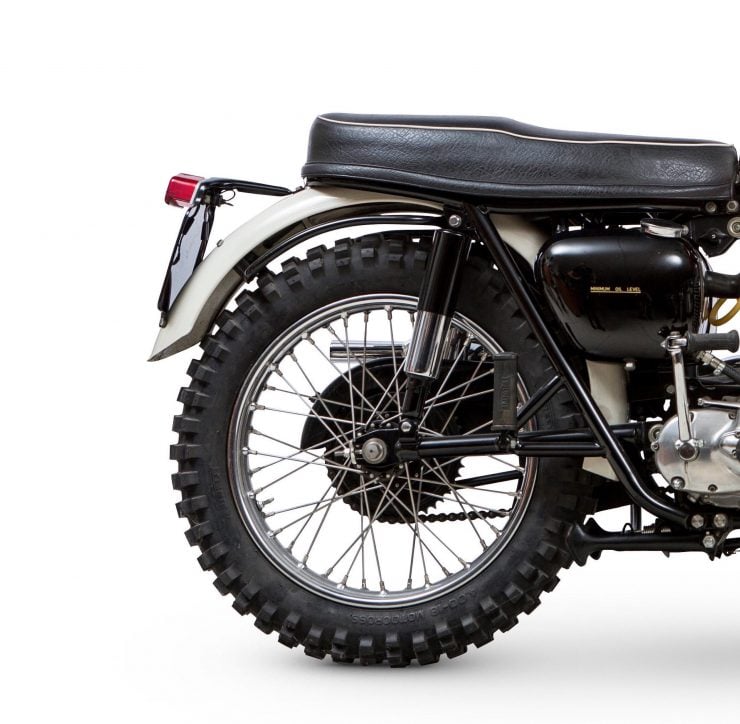